What Coaching My Kids Taught Me About Myself 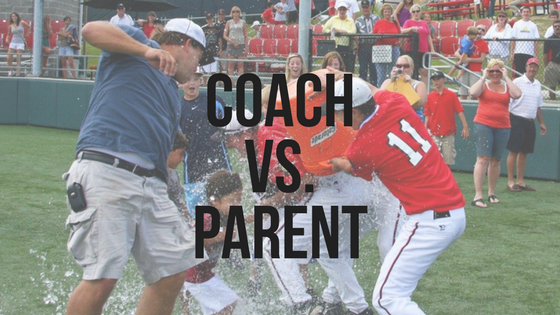 As I was driving my boys to football practice the other night, I got to thinking…

I began coaching my own kids 10 years ago when my twins Dominic and Carly played co-ed Kindergarten soccer. I think back to then and realize the most difficult thing to do is coach my own kids. As an adult I struggled to stay in my role and I really can’t imagine what it felt like for them. Sometimes, I was way harder on them for being my own kids and me thinking they can handle it—or sometimes I was easier on them because I thought they needed that—but rarely was I neutral—just their coach.

It was always or never with them. I was either really hard on them or super easy. But I realized, I was trying to regulate my own emotions. It was because I couldn’t handle it. More often than not, I was harder on them, because I didn’t want anyone to think they had an unfair advantage as my kid.

But THAT was hard and unfair. They felt like I put more pressure on them, being the coach’s kids. And I did.

But then when I went the other way it was really confusing for them. It wasn’t a real life experience. They didn’t get natural consequences. If you don’t listen to the coach, you get reprimanded. If you do, you get rewarded or praised. I was robbing them of that organic experience because I couldn’t regulate my own emotions.

Here are 3 things helped me overcome my struggles with this parent vs. coach dynamic:

I felt fear. Fear that someone might think my kids are getting an advantage.

But recognizing that yeah, when your dad’s the coach, sometimes you do get advantages. Like knowing the schedule or starting lineup before everyone else does. But I have to be aware of that, balance it, and keep myself in check.

I had to eliminate myself from being their direct report. I leaned on my assistant coaches to do that. And then to tell me, “Hey, I think you’re seeing that through your dad lens.” My coaches and I are intentional about how we coach. Just like the Council of Dads, we keep each other in check.

If my emotions get the better of me, I’ll take a moment and get some clarity. It’s not mine. I don’t need to control this. It also helps a lot to get my wife Lisa’s perspective. Because she is 100% in the parent role, her perspective isn’t clouded with coach-thoughts. So when I talk with her about a situation, I’m reminded of what is best for the child as a parent.

During a recent game, Teddy got hit. I told Lisa and she went into major Parent Mode. 10 years ago, I would’ve been Mr. Tough Guy and put him back in the game. “Toughen up,” I would’ve said. But I didn’t. I took him out of the game because he might have gotten a concussion. I did my job as a coach.

Now as I get ready to coach Vinnie (our 5th) in kindergarten soccer next year, I am more emotionally regulated and that will help me stay in my role as coach for his team. I think I have learned to let him have his own experience. Part of that growth was working on me—keeping my side of the street clean. When I show up authentic and staying in the moment I have a good shot at staying in my role.

Do you coach your kids? What’s that been like for you?